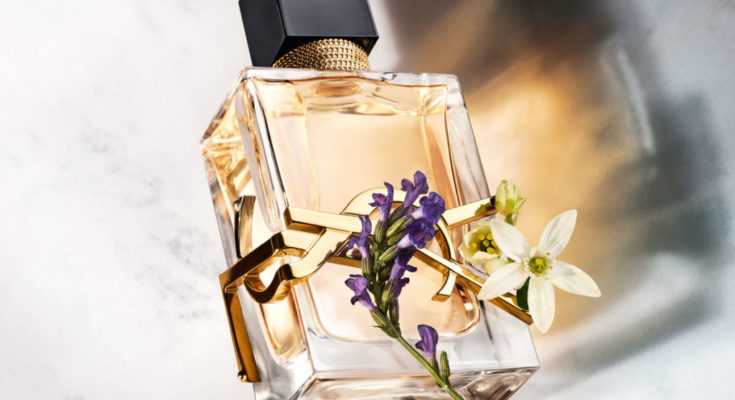 A couture twist on a classically masculine style new fragrance , LIBRE is built from top-quality materials crafted for Yves Saint Laurent. In this made-to-measure palette, the key natural ingredients of the fragrance were deconstructed, and then reconstructed through cutting-edge techniques to
liberate the quintessence of each note.

“– WHAT IS YOUR
FAVORITE FLOWER?
– WHITE FLOWERS.”
Yves Saint Laurent 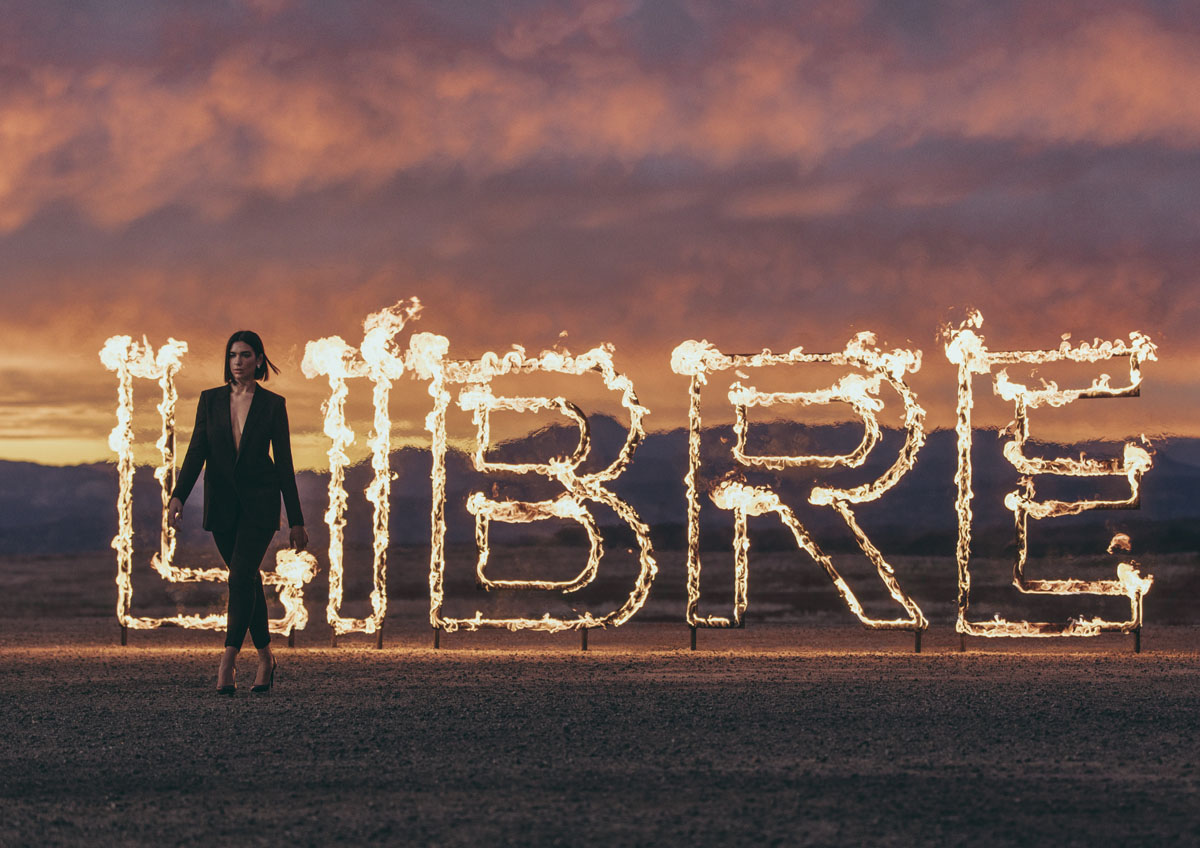 FREE.
That’s the one word that defines Yves Saint Laurent. Always on the edge. Experimenting. Breaking boundaries. Turning the tuxedo into provocative women’s evening wear in the Sixties.
Turning on the power of ultra-femininity with miniskirts designed not to tease, but to make you move forward freely. Because you’ve got places to go. Emotions to experience. You’re here to live. 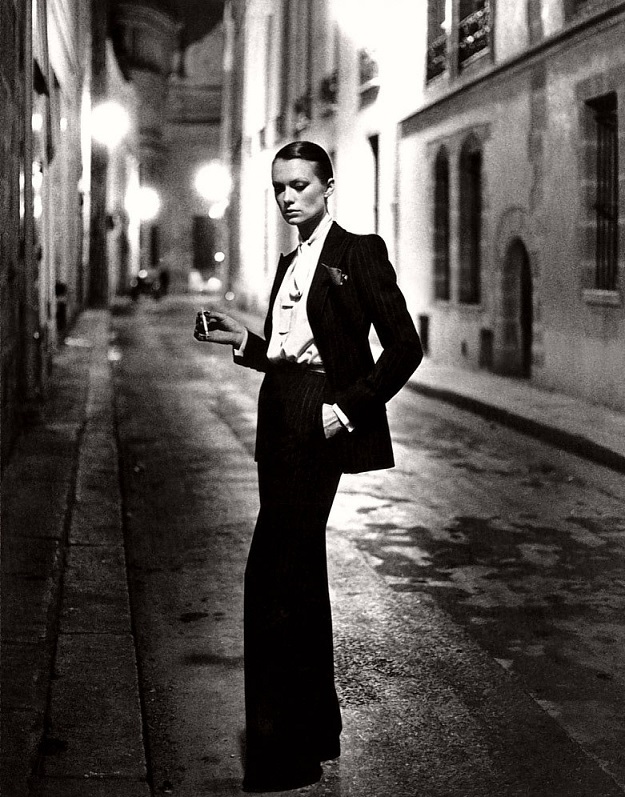 For today’s women, freedom is the ultimate It-luxury. After years of fighting for emancipation or success, it’s a state of mind. A way of playing by your own rules. Because you do you. No compromises. No contradictions. Because you can be powerful and hyper-feminine. A luxury addict and connected with nature. Ultra-cool and white-hot, driven by your fire inside, burning your life at both ends… Shouting if you feel like it. Chilling when you want.
Today, free has an It-conic fragrance. A new, sexy cool floral. Grown between France and Morocco. Conceived between Paris and New York. Walking the line between the masculine and the feminine… 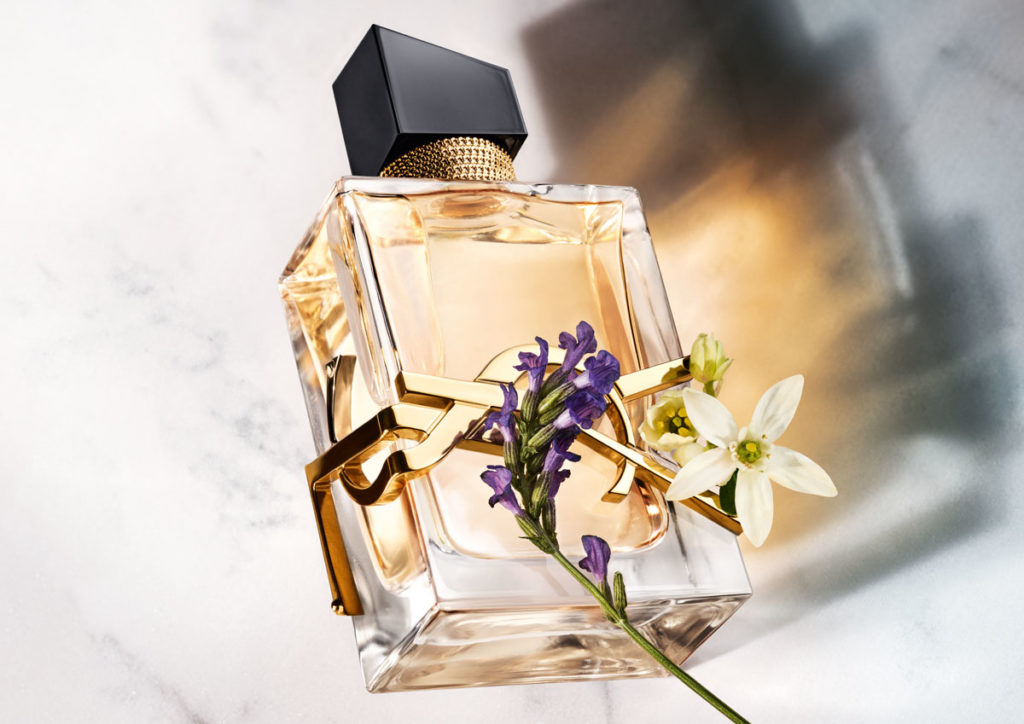 In 1971, Rive Gauche broke with couture codes by introducing a Pop art rose with a green, metallic sheen. The secret to its coolness was perfumer Michel Hy’s addition of rose oxide, a molecule naturally found in the flower. Most of today’s rose fragrances owe it their freshness.
A burning blend of resins and spices the couturier called his « flowers of fire », the 1977 Opium was one of the defining scents of the 20th century. But Yves Saint Laurent’s florals have been just as cutting-edge, reflecting the free spirit he brought to fashion’s most subversive couture house.
In 1983, PARIS delivered a rose bouquet the size of the Eiffel Tower. The note was a gamble: at the time, the scent of roses was deemed passé. Matching it with powdery violet, Sophia Grojsman’s PARIS succeeded precisely by playing on its timeless appeal.

“I AM AWARE THAT I MADE FASHION PROGRESS, AND THAT I ALLOWED WOMEN TO ACCESS A WORLD OF FREEDOM THAT WAS PROHIBITED
TO THEM UNTIL THEN.” 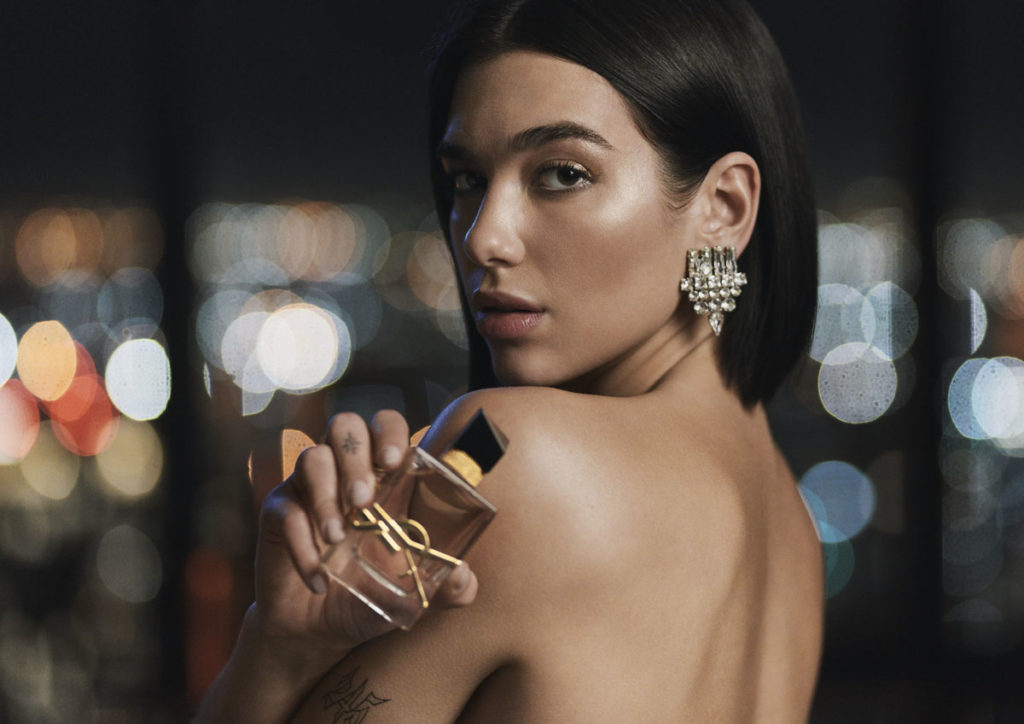 THE SCENT
A SEXY COOL FLORAL BURNING BRIGHT WITH SEXY ORANGE BLOSSOM AND COOL LAVENDER. FLYING HIGH WITH SPARKLING NEROLI AND JUICY MANDARIN. BLAZING HOT WITH SMOLDERING VANILLA AND GLOWING AMBER. FEEL FREE TO EXPERIENCE LIBRE THROUGH EACH OF ITS FACETS.
Like any great piece of design, the scent’s sleek structure is built on tensions. Between the sexy and the cool. A quintessentially masculine structure and an ultrafeminine heart. The elegance of Paris and the vibrancy of New York, where it was conceived by IFF’s Master Perfumers Anne Flipo and Carlos Benaïm.
LIBRE is freestyle take on the fougère, a classic style for men’s fragrances featuring lavender. Anne Flipo’s provocative move was to gender-bend it into a feminine scent, just like Yves Saint Laurent retailored the tuxedo for women.

For LIBRE, she customized the fougère’s key ingredient to highlight its flamboyance with Diva Lavender heart from Provence, emphasizing the warmest, sweetest facets of the essence.
When Carlos Benaïm fashioned the most sensuous Orange Blossom absolute she’d ever smelled, revealing the hidden, burning-hot character of the sweet white flower, she fell for it instantly.
Vanilla from Madagascar and a classic ambergris note, Grisalva, flesh out the femininity of the fougère structure and add a burning intensity to its addictive floral heart.
After 7 years and over 1500 variations to precision-cut its lush accords, LIBRE emerged from the match between the two Master Perfumers. As clear and straight as a streamlined suit or a leg on a stiletto. A shout. A flame. A beam of light. 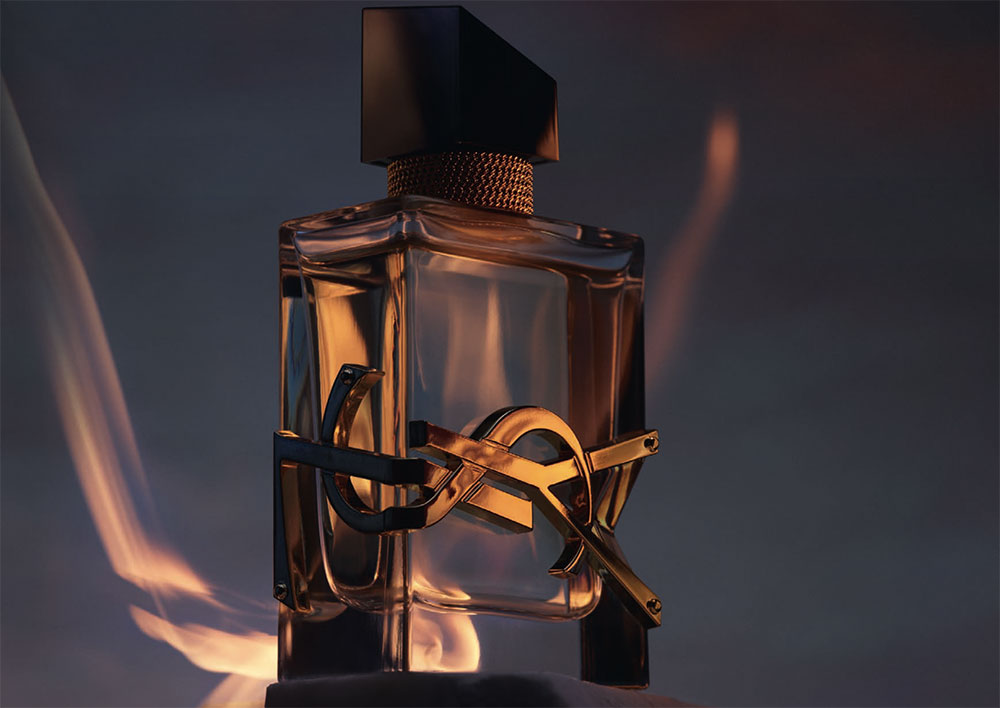 THE FOUGÈRE – A GENDER-BENDING STYLE
It is the oldest modern fragrance family, since it was the first to integrate synthetic ingredients such as vanillin and coumarin (the aromatic principle of tonka bean). It is also the most gender-bending, since it was first offered to women before being embraced by dandies.
Named after the first of its kind, Paul Parquet’s Fougère Royale (Houbigant, 1882), the style, Based on cool, rosy geranium, fresh aromatic lavender, almond-scented coumarin and oak moss, has since spawned countless masculine classics. With LIBRE, Anne Flipo and Carlos Benaïm flip it over to reveal its original feminine bent. 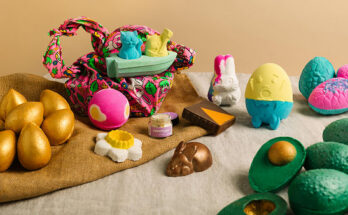 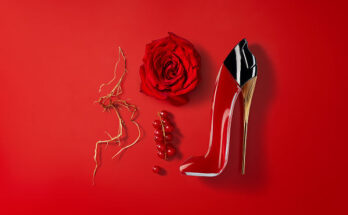 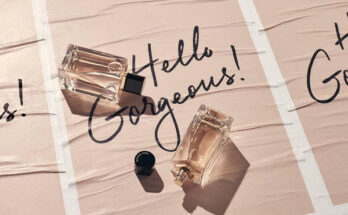