The Martino Midali Maison has celebrated its 40th anniversary and also launched a strong message condemning violence against women, at a time when femicides are a terrible crime that is occurring more frequently today. On the other hand, the relationship between fashion and real life has always been at the center of the Martino Midali collection, which from the very beginning has been designing garments that women, he says, “must not just wear but reinterpret.”

On September 20 at Milano Fashion Week the models had appeared on the catwalk wearing the capsule collection created for the occasion, according to the philosophy that has always distinguished the designer.

What’s more: the show is a real tribute to striped jersey, the fabric that marked the success of the brand thanks to the brilliant intuition of the designer. 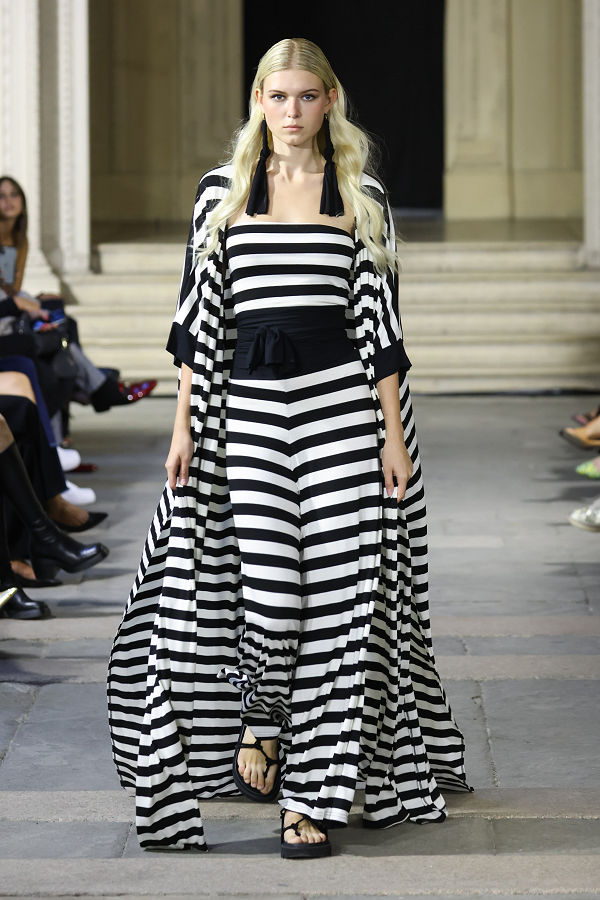 “We celebrate the 40th anniversary of the brand and its contemporary and creative attitude which today more than ever represents the dynamic expression of the spirit of individuality, research and innovation. I have always wanted my creativity to emerge and transform women, to dress them to reflect their personality. My fashion has always been free of rules, and today I proudly realize that I have created democratic, inclusive fashion that continues to tell a story,” said the designer.

For this unique event — which kicks off the celebrations for his 40-year career — Midali has created 12 looks that will trace his personal and visual journey in the world of womenwear. The show will also be dedicated to condemning violence against women: ‘Love doesn’t hurt’ is the message of the limited-edition T-shirt created in collaboration with textile designer Debora Delli to reiterate the urgent need for a world free from violence and gender discrimination. 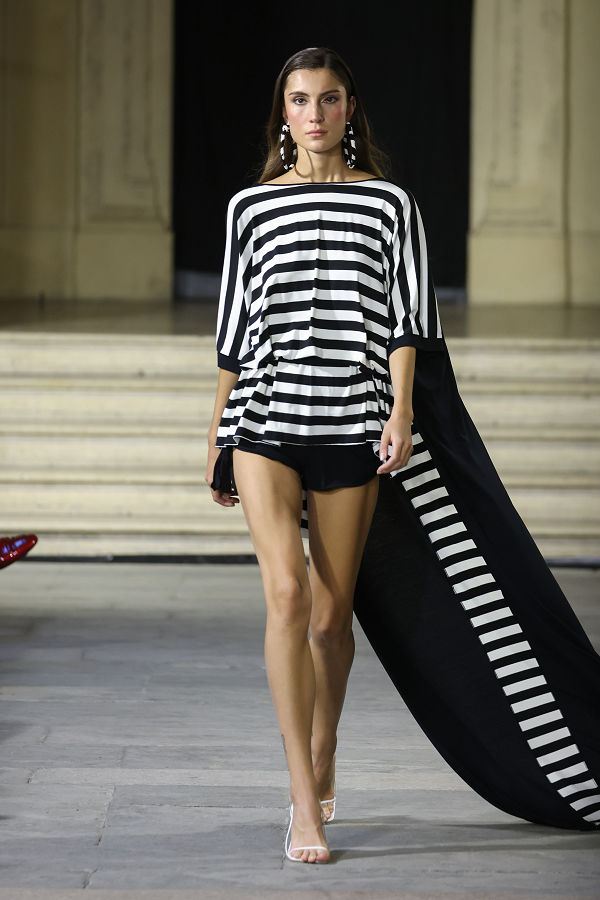 Jersey — a cornerstone of the brand that has always been a faithful ally of all forms of femininity due to its versatility — is obviously among the great protagonists of this special collection, as is the striped pattern, another essential signature element of Midali style. Together, they have always contributed to the wearability of clothes designed to enhance all female bodies, a concept that has always accompanied the work of the designer who was one of the very first to create fashion truly designed for women.

“Balance, dressing the soul more than the body, creating a style that lets a woman feel free, expressing her personality: a style is born because you want to create a sense of freedom, not a fashion fad,” says Martino Midali.

The date for this unique event was September 20 in the neo-Renaissance setting of Palazzo Turati in Milan, where old friends and new muses of the designer toasted the first 40 years of the brand. During the year, various events, special collaborations, and exclusive collections will celebrate the anniversary in expression of his love for Milan and for women. 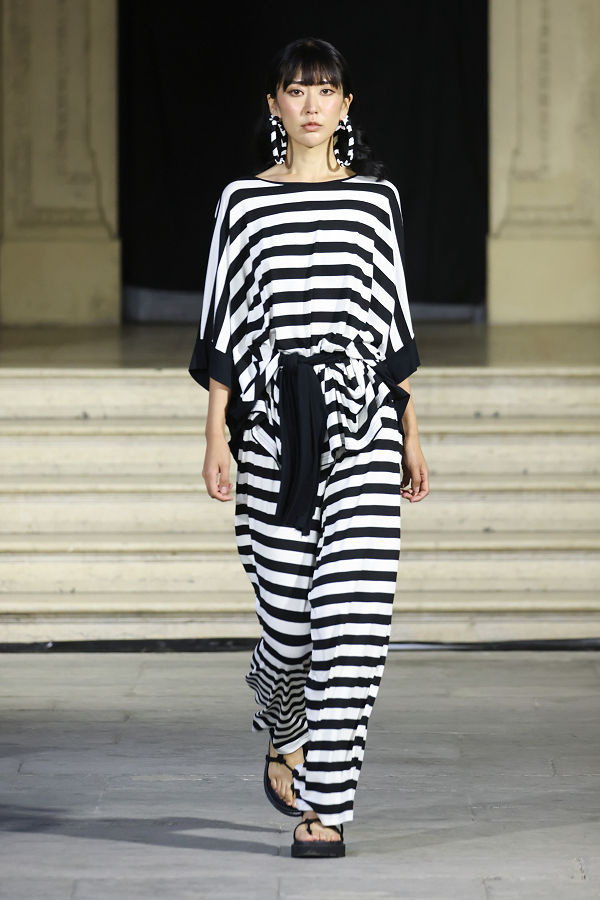 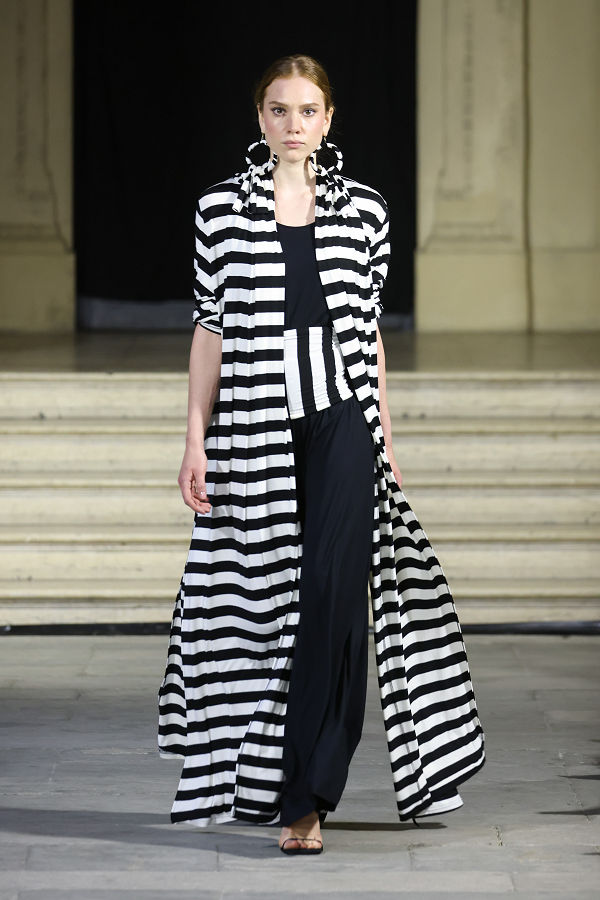 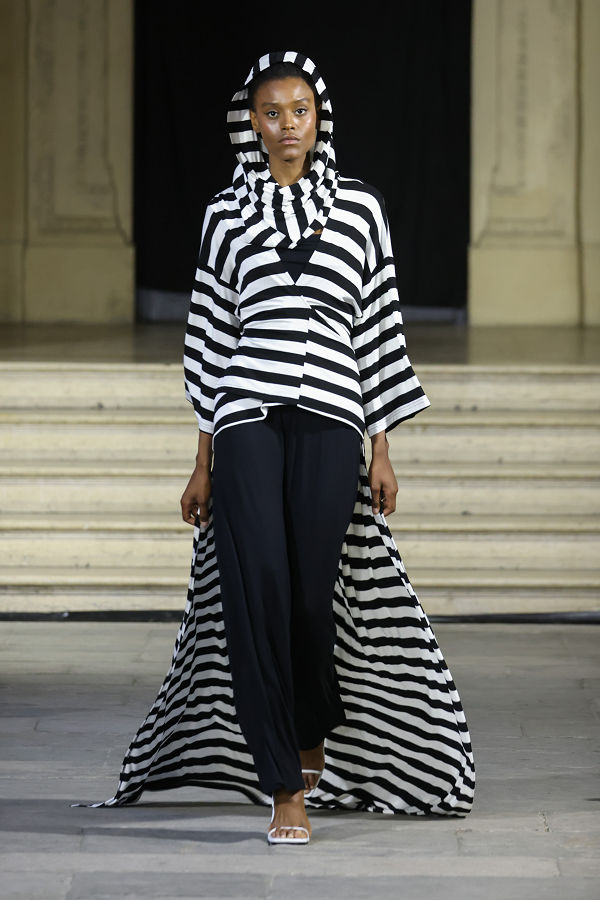 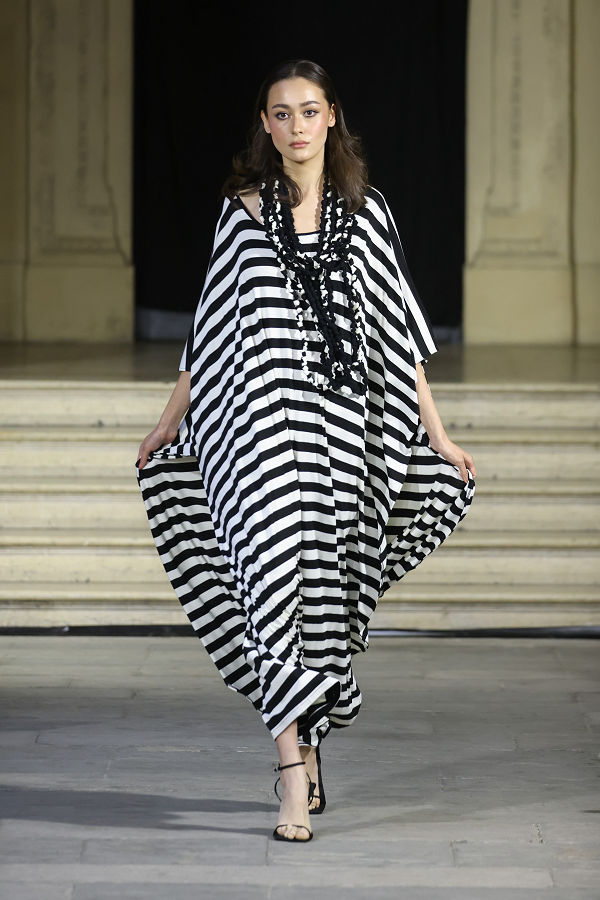 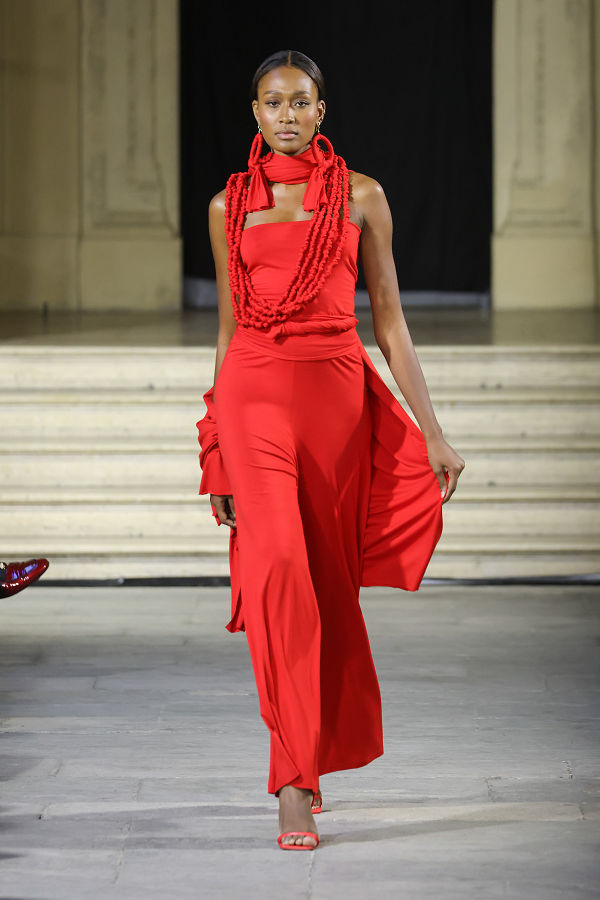 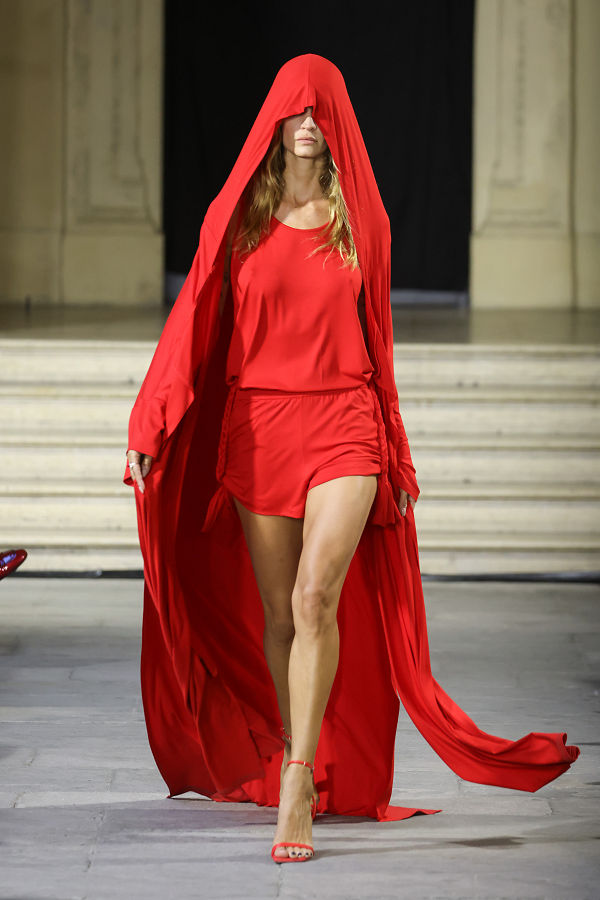 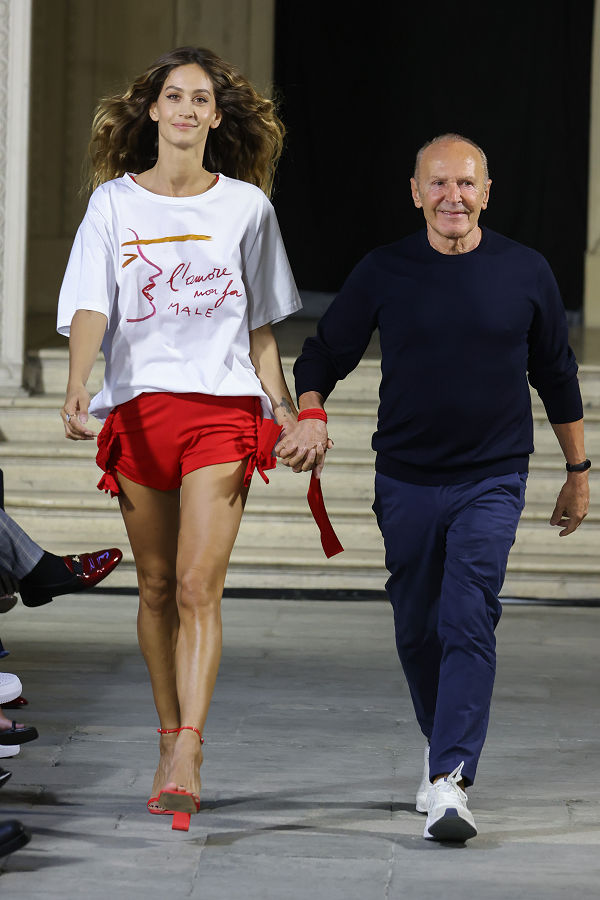 NEXTPrettyLittleThing launched a collection with GIRLvsCANCER 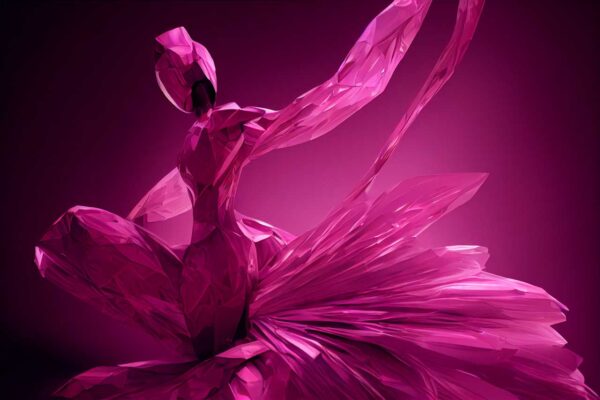 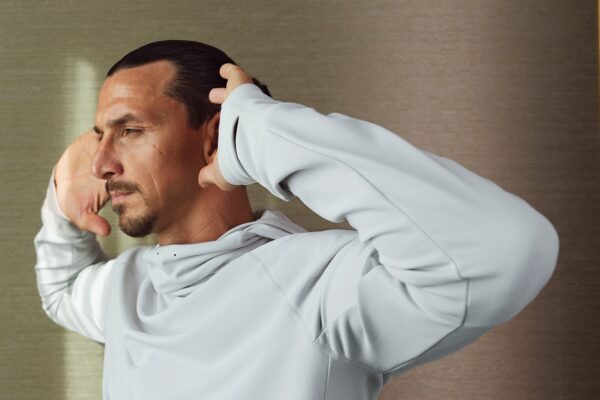 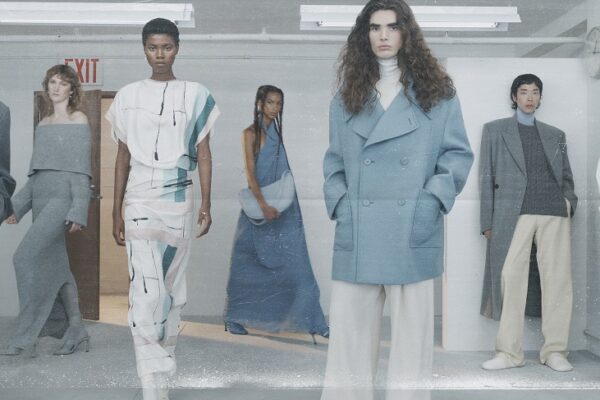