“When I reimagined the new Gucci Bloom campaign, I started from the mystic world of female sensibility, and how it is connected with the idea of nature. This world is a hallucination of flower power featuring women that are like priestesses. It is a world where time is replaced by fascination and magic, representing the perfume itself.” Alessandro Michele.

Blossoming into life, the new Gucci Bloom Profumo di Fiori debuts alongside a visionary campaign set in a garden of dreams where magic blooms. Flourishing from the creativity of Alessandro Michele, the innovative vision blurs the lines between two universes: a surrealist land that clashes with reality. Featuring four contemporary women – director and actor Anjelica Huston, singer-songwriter Florence Welch, actor and model Jodie Turner-Smith, and designer Susie Cave – the campaign reveals the true heart of Bloom, offering an exploration of imagination and identity mirrored by the radiant floral signature of Gucci Bloom Profumo di Fiori. 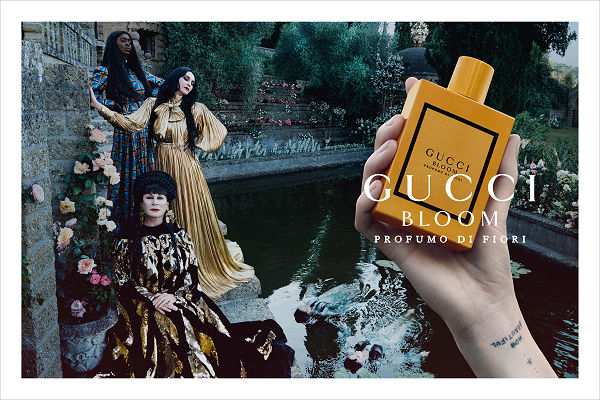 The first fragrance developed wholly under Alessandro Michele’s vision, Gucci Bloom Eau de Parfum was inspired by the idea of absolute authenticity, the freedom to be who you are. Blended by Master Perfumer Alberto Morillas with direction from Alessandro Michele, the fragrance unfurls as its name suggests, a thriving garden full of flowers characterised by a trio of Jasmine Bud extract, Tuberose, and Rangoon Creeper.

Celebrating the vitality and diversity of those who identify with the House’s modern philosophy, the Gucci Bloom fragrances that have followed are for those who experience life and its fruits in order to bloom into their real selves. They live to create memorable moments, to share stories, and be inspired by the objects, culture and art they choose to surround themselves with. Just like the scents bearing this name, Gucci Bloom women flourish in a natural, expressive and individual way, without conventional limitations. 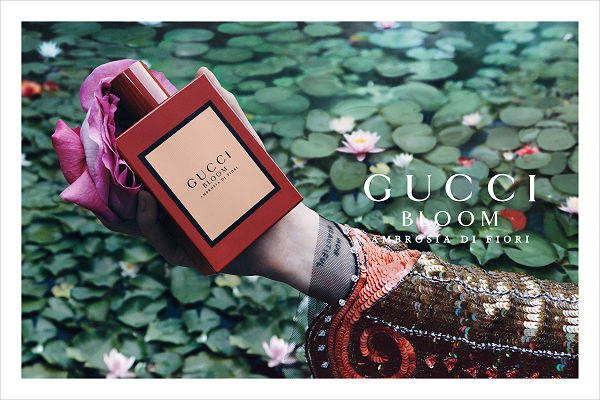 “Perfume is like a spell, and the women wearing it put a spell on the world. Flowers, in this case, mediate this spell, and Gucci Bloom Profumo di Fiori is a powerful conversation with them. It is intense, it really enters the world of nature. Letting the flowers speak, fearlessly, was the real challenge when Alberto Morillas and I created this fragrance.” Alessandro Michele.

Gucci Bloom Profumo di Fiori is once again expertly translated from Creative Director Alessandro Michele’s vision by Master Perfumer Alberto Morillas. Staying true to the ingredients of Gucci Bloom Eau de Parfum, the new fragrance heroes the fresh natural greenness, rich floral quality and creamy depth of Tuberose. Offering a radiant twist on the magnificent white floral signature of Bloom Eau de Parfum, Profumo di Fiori unleashes the addictive potential and magnetism of Tuberose Essence, blended with Jasmine Sambac Closed Buds and Jasmine Sambac Absolute for a more immediate and direct expression. The accord of Bloom is enriched by the textured facets of Ylang Ylang and its warmth extended by a rich wave of Sandalwood and the smooth creaminess of Sun-Drenched Woody notes. Driving an elegant and distinctive trail, the Orris Concrete is blended with the resinous warmth of the Benzoin and softened with a sensual cloud of Musky notes. 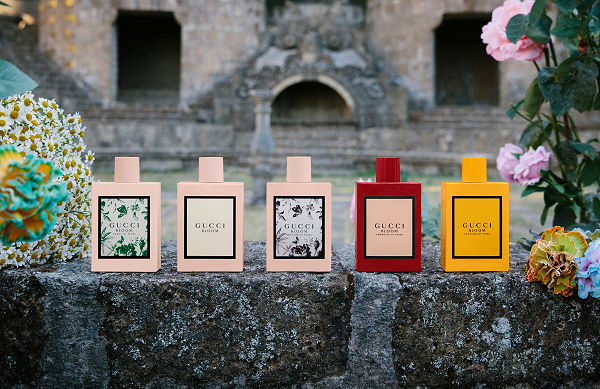 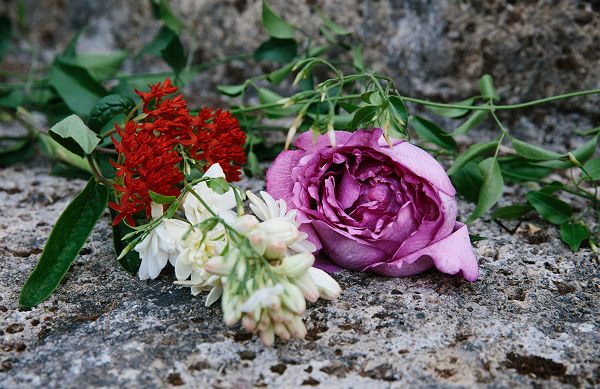 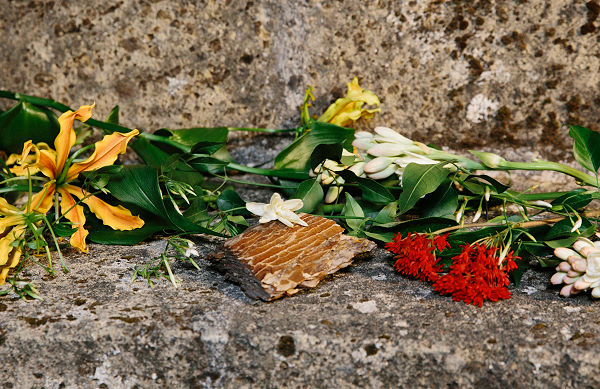 “In the campaign, the flowers live a life of their own in a world, let’s say, real but surreal. The dream of nature is a psychedelic dream, suspended in time, where Anjelica, Florence, Jodie and Susie embody four different ways of being a woman. They go through a ritual of flowers like vestals, with Floria Sigismondi being a sort of priestess behind the camera. Even shooting the campaign itself, was like magic in magic.” Alessandro Michele.

Set at a mystical and ancient landmark, the new Gucci Bloom fragrance campaign tells the story of four women living in a garden of dreams. The protagonists are charismatic and charming women: Anjelica Huston, Florence Welch, Jodie Turner-Smith and Susie Cave, who join each other in the dream-like sequence.

Directed by award-winning photographer and director Floria Sigismondi, the film opens with Florence Welch exploring the abandoned theatres of La Scarzuola, a surrealist architectural compound built around an old Franciscan convent. Designed by architect Tomaso Buzzi in the late 1950s, this enchanting and mysterious place in the Umbrian countryside becomes the set of a campaign for the first time and is transformed to express a dream filled with flowers and plants. 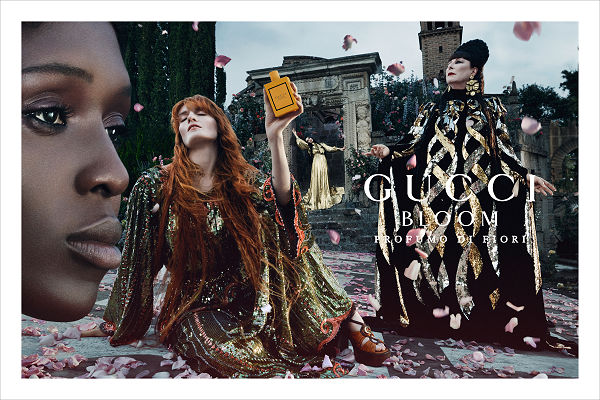 Gradually, we are introduced to the other protagonists, who take turns roaming through the mystical passages of La Scarzuola until they find a wishing well and perform a ceremony picking flowers and throwing them into the water. As the flowers float away, the act of making a wish opens up a parallel universe. With some scenes taking inspiration from the popular French musical film Peau d’Âne, directed by Jacques Demy, the fantasy sequence intensifies with frenetic energy as the film comes to its crescendo with a floral explosion. Bursts of petals and flowers fall from the sky and shower the protagonists who continue to perform theatrically as the momentum climaxes. The film ends with a close-up shot of Florence Welch holding the Gucci Bloom Profumo di Fiori bottle, as the flowers gently fall over her. 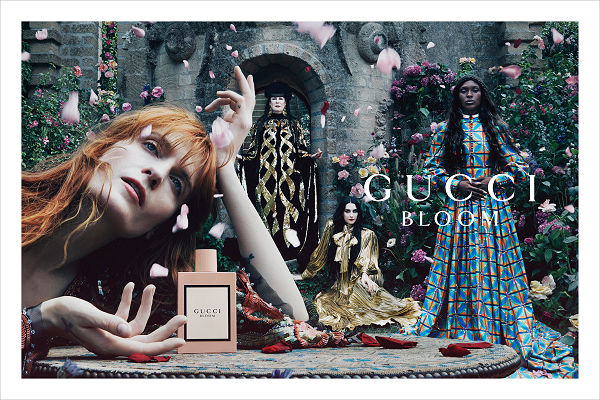 BOTTEGA VENETA ILLUSIONE fragrances for her and for him 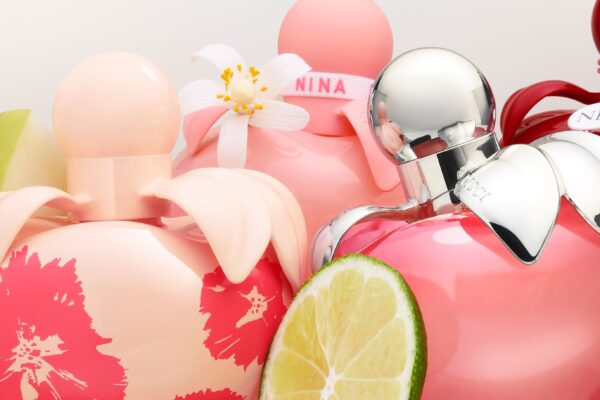 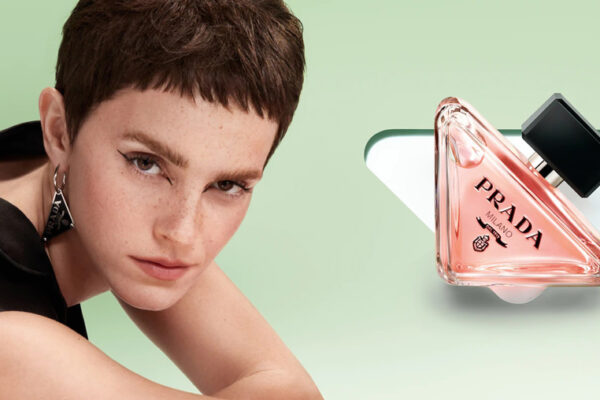 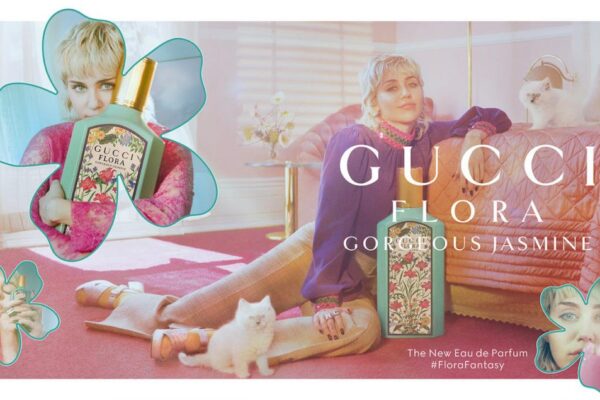