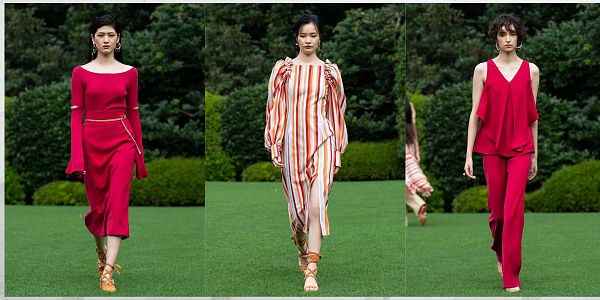 In 2012, Hanako Maeda went on to launch her own New York-based fashion line, ADEAM, originating from her family name, Maeda. Her parents’ fashion house, FOXEY—a luxury lifestyle brand founded in 1980 that has expanded to 18 standalone stores in Japan. Her collection debuted at New York Fashion Week for Fall 2013, and the brand now has over 20 stockists worldwide and three stores in Tokyo, including the flagship store at Tokyo Midtown in Roppongi. In addition to expansion in distribution, ADEAM has built a strong celebrity following regularly dressing names such as the former first lady Michelle Obama, Oprah Winfrey, Anne Hathaway, Brie Larson, Gemma Chan and Queen Rania of Jorda.

While the house couldn’t invite guests to the world of ADEAM this season, they wanted to find a way to deliver the brand’s spirit to their audience abroad. This desire resulted in a collection video shot on the grounds of Meiji Kinenkan, a reception hall built-in 1881 to welcome important guests from abroad to the Akasaka Temporary Palace. A stone’s throw away from Harajuku, the heart of Tokyo street style, this juxtaposition of the old and the new is very much a part of ADEAM’s DNA. The lush, manicured greenery made for the perfect backdrop for ADEAM Spring/Summer 2021 collection and to get a taste of both modern and traditional Japan. 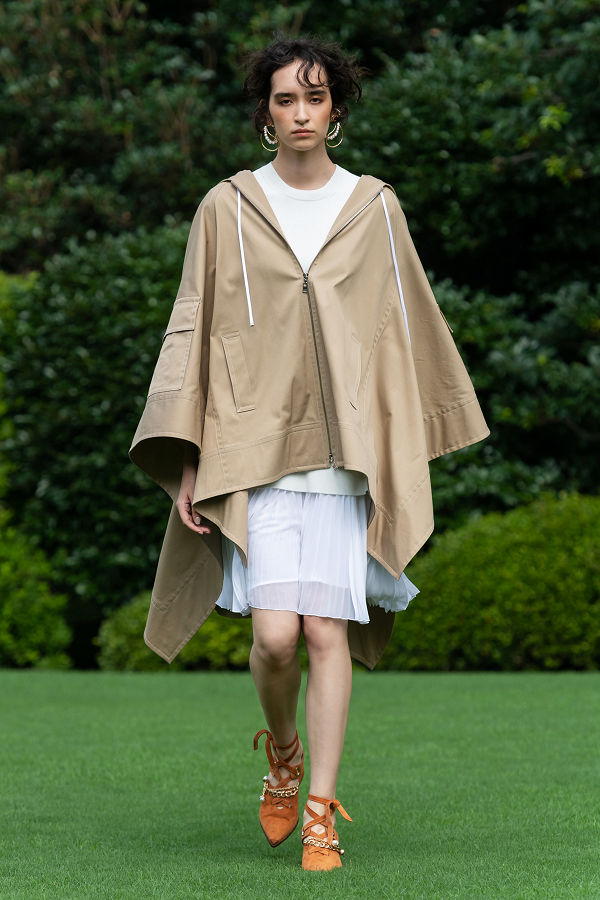 Their concept was to bring their global audience a little bit of Japanese summer with the ADEAM Spring/Summer 2021 collection. To evoke the season, beginning with the sense of touch, honing in on the fabrications and cut. Linen and cotton—traditional textiles used to make yukata, the informal summer kimono are worn to summer festivals and hot springs—appear in many forms. The breezy tiered shirt dress draped twisted top, and cropped wide-leg pants come in Indigo and Camel Striped Linen. The more feminine pieces, like the tiered bustier dress with a cascading skirt and the drawstring safari shirt, appear in Modern Linen, a fabric with an organic, cool-to-the-touch texture that is both wrinkle-resistant and machine-washable. The brand’s signature silky Japanese Crepe returns this season in simpler styles—a hoodie dress with a flounce hem, a sleeveless scarf top, and a pleated draped dress. The Japanese Cotton Poplin, another signature fabric, with its satin-like finish matches perfectly with the more formal silhouettes in the collection. Finally, utilitarian tailoring is offered in a soft trench coating. The wide-leg pants and shorts, while tailored, are comfortable thanks to the light stretch in the fabric. The relaxed pieces are perfect to wear on a voyage, whether it be a physical one in the future or one of your imagination you take from home. 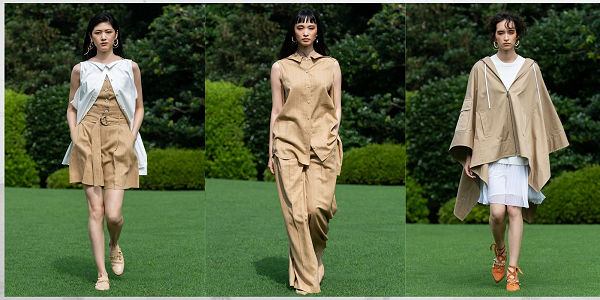 The palette reflects the shades of the season—the bright blue of the cloudless sky, the dusky orange of the dog-day afternoon, and the olive, indigo, and camel of summer vegetation. The colors are combined in a bright watercolor print, creating linear movement in both voluminous and sleek shapes. 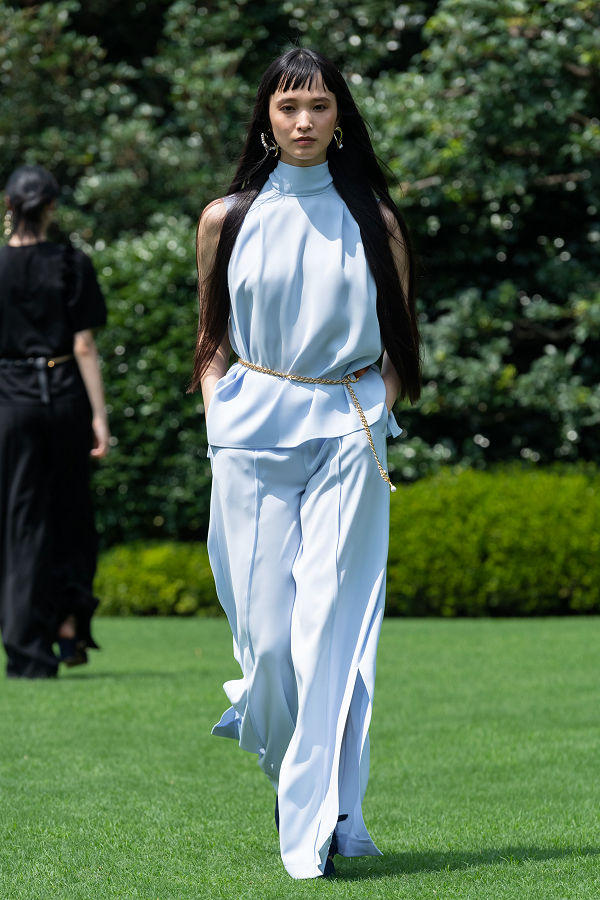 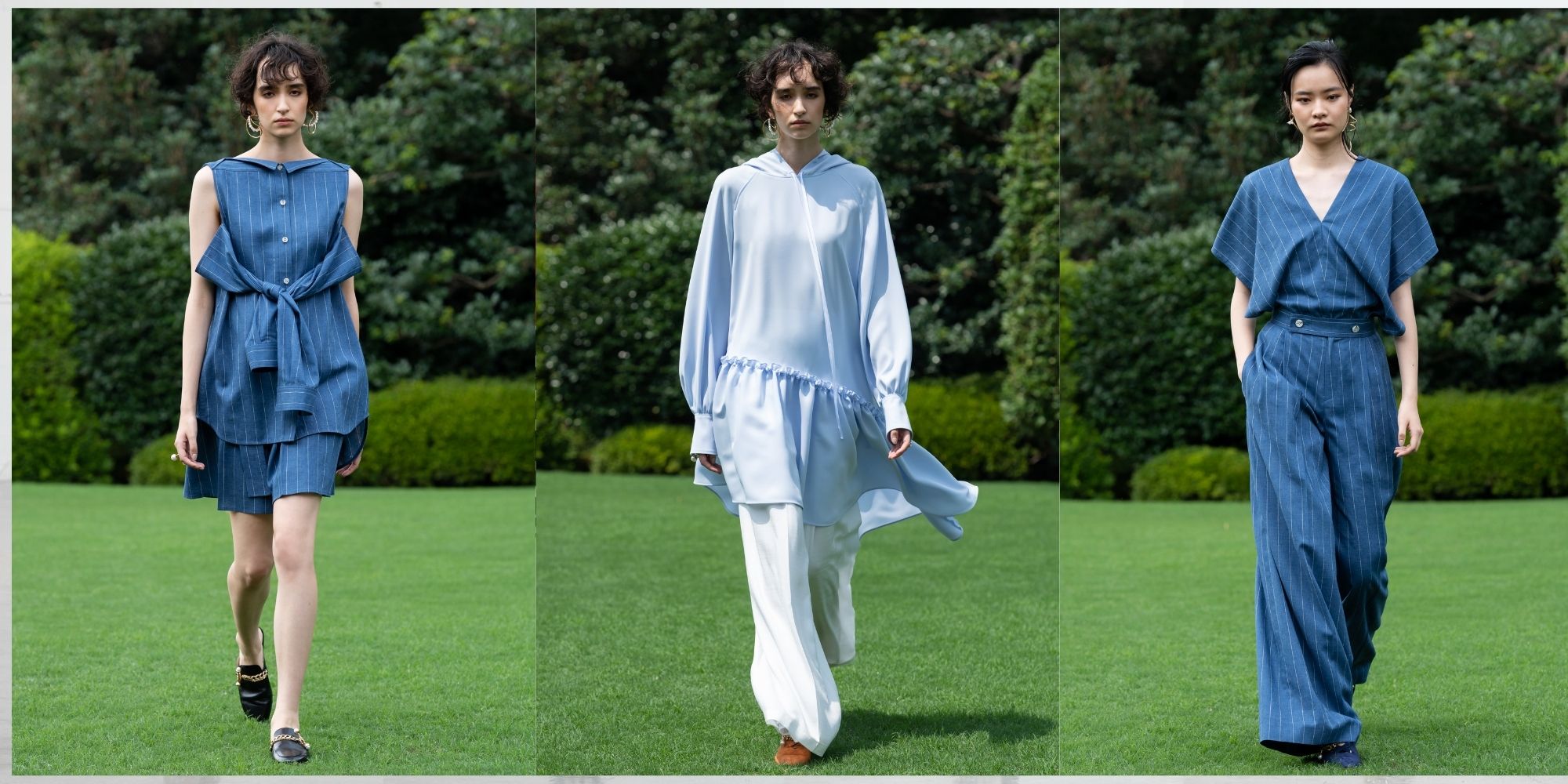 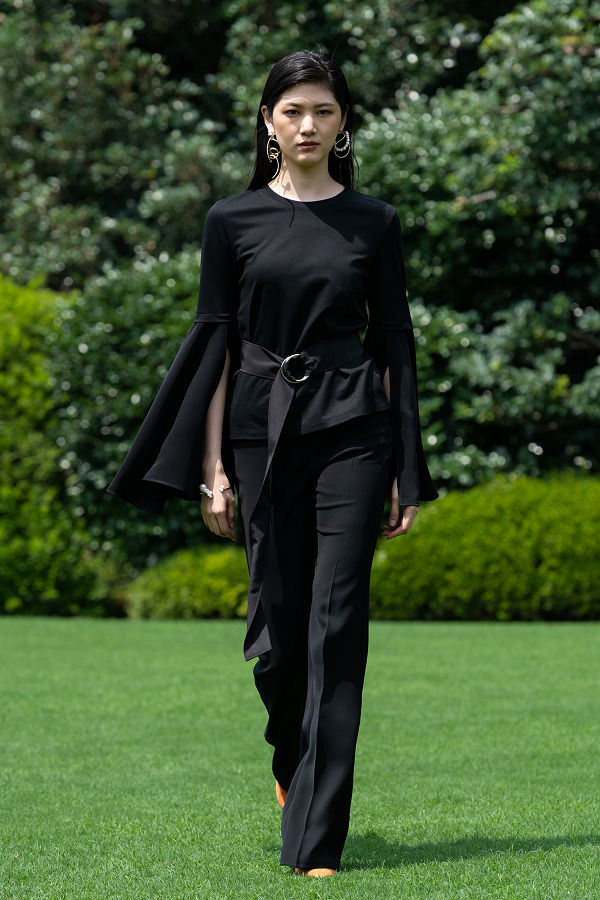 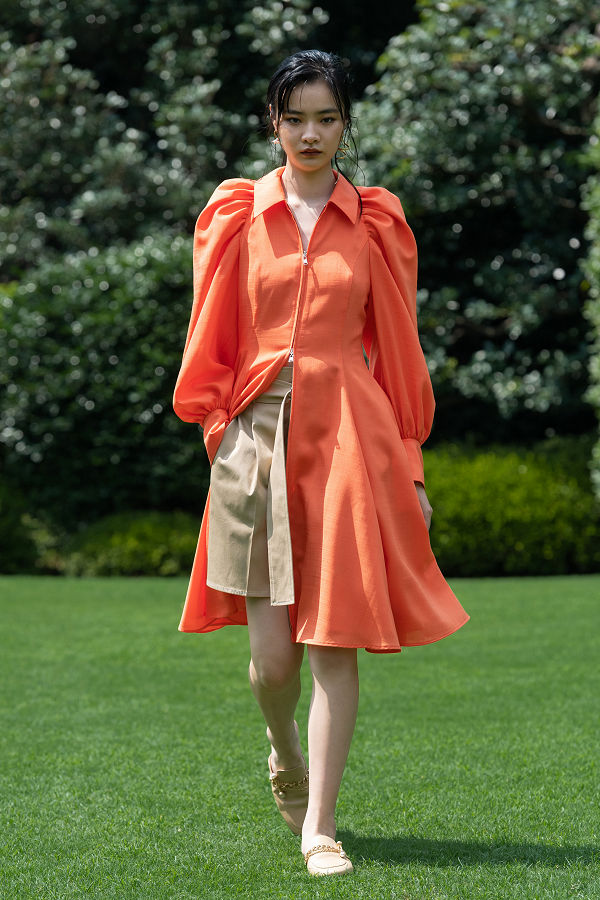 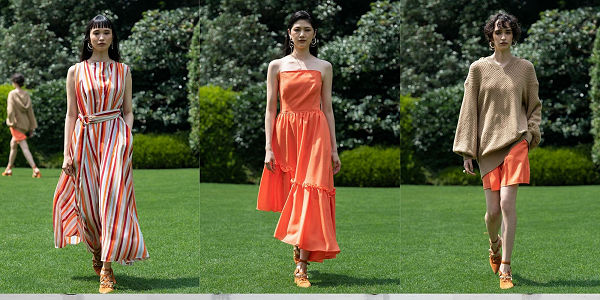 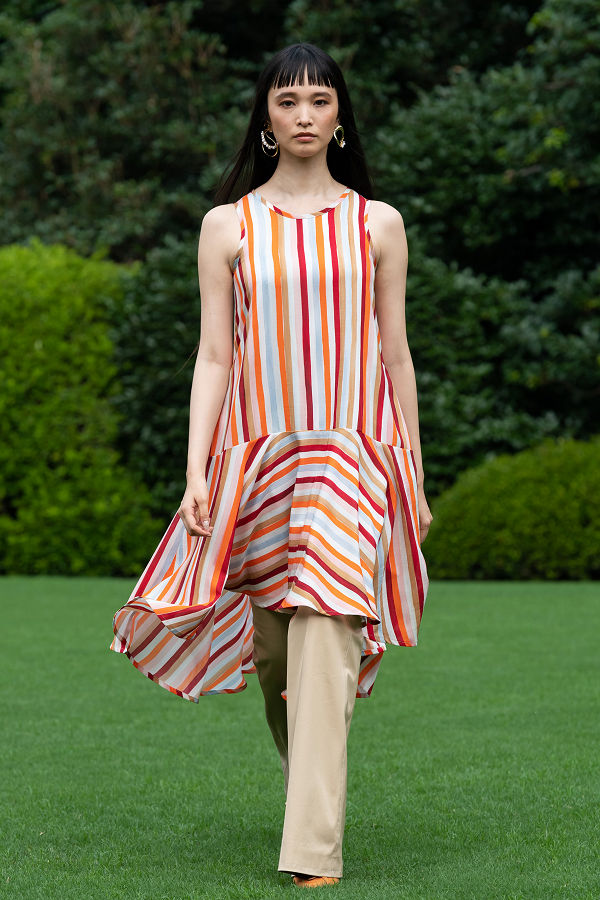 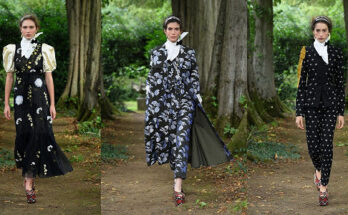 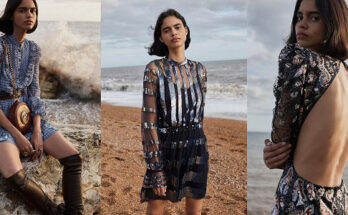 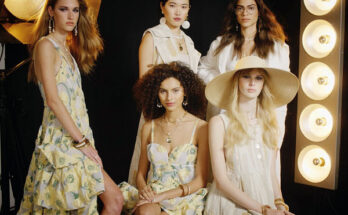